Action – Trump really wants to destroy OUR court, the Ninth Circuit. Thank our senators for their dissent and get people with other senators to call!

The Senate is in at 3 PM with a 5:30 PM vote on the motion to invoke cloture on the nomination of Daniel P. Collins to be United States Circuit Judge for the Ninth Circuit.

Collins’ bio on the Munger, Tolles & Olson website highlights his history representing Big Oil in climate cases: “Mr. Collins also successfully argued two major cases in the Fifth and Ninth Circuits that effectively brought an end (for the time being) to efforts to hold the energy industry liable in tort for injuries allegedly caused by global warming.” 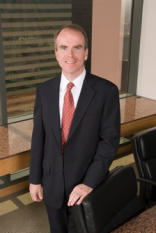 Daniel P. Collins, a former associate deputy U.S. attorney general specializes in defending the oil industry in high-profile climate and environmental cases, including the current crop of climate liability lawsuits. One of his clients Royal Dutch Shell, is among the companies being sued by a group of California communities trying to hold oil companies accountable for climate change-related damages. Certain aspects of those lawsuits are already being appealed to the Ninth Circuit, which covers California, the Pacific Northwest as well as Alaska and Hawaii.

We think we’ve already bagged our limit on corporate shills.

Minimal Script for our senators: I’m calling from [zip code] and I want to thank Sen. [___] for continuing to object to inappropriate judicial nominees like Daniel P.  Collins.

Minimal Script for your friends’ and family’s senators: I’m calling from [zip code] and I want Sen. [___] to vote “NO” on inappropriate nominees like Daniel P.  Collins.