This is from 2014, but the points are still accurate.

Action – Call/email your legislators every day! Today’s pick is the “Billionaires Income Tax.

MInimal script: I’m calling from [zip code]. First, I want Sen. [___] to delay any holiday recess until they pass legislation essential for our continued democracy: the Freedom to Vote Act, the John Lewis Voting Rights Act and the Women’s Health Protection Act (WHPA). I also expect [him/her] to carve up the filibuster for these foundational bills, just as the Senate somehow managed to do for the debt ceiling.

Then I want the senator to pass the Build Back Better Act, including a true building block of a healthy and just economy, the “Billionaires Income Tax. That this tax can raise $557 billion in 10 years from only 700 people, demonstrates a level of wealth inequality not seen since the Gilded Age of robber barons. According to the UN, this issue is destabilizing democratic societies around the world, ours included, stagnating wages, eroding trust and paving the way for authoritarion and nativist regimes. Their time-tested solution is what we’re asking Sen. [___] to do – increase social safety nets, protect workers’ rights, and actively redistribute extreme wealth for a more stable and just society for all.

Resource: 219 ECONOMISTS, LAW PROFESSORS & OTHER ACADEMICS URGE CONGRESS TO INCLUDE THE ‘BILLIONAIRES INCOME TAX’ IN BUILD BACK BETTER ACT

Washington, D.C. — Nearly 220 economists, law professors and other scholars on the economy today sent a letter to Congress making the case for including the “Billionaires Income Tax” (BIT) in the final Build Back Better (BBB) legislation now before the U.S. Senate. Though the BIT was not included in the Build Back Better Act passed by the House of Representatives in November, the Senate bill is still in flux and there may be a need to include new tax revenue to fully pay for all the BBB investments.

Demonstrating how dangerously concentrated wealth has become in this country, the Billionaires Income Tax would only apply to about 700 Americans, yet raise about $550 billion, according to the Joint Committee on Taxation. Supported by President Biden, the measure would help fulfill his campaign promise to ensure the richest Americans pay their fair share in taxes.

“Letting billionaires skip out on the income tax is unjust to the ordinary taxpayers who must ultimately foot the bill. The 2017 Tax Cuts and Jobs Act compounded this injustice by increasing the deficit to provide tax cuts primarily to the ultra-wealthy. Letting billionaires opt out of their tax obligations also undermines perceptions of fairness, weakens the public’s faith in the overall tax system, and erodes the public’s confidence in government. Beyond that, the tax planning that billionaires use to escape the income tax causes serious harm to the economy. By making the entire tax system more complex and uncertain, billionaire tax avoidance also harms small businesses and other ordinary taxpayers.”

The letter outlines the administration of the Billionaires Income Tax, discusses the effects on capital markets and explains why the tax is constitutional. The letter states that the BIT would “improve the efficiency of capital markets by eliminating the incentive for taxpayers to indefinitely hold or ‘lock in’ their investments to avoid paying tax.”

“Aside from enabling more efficient capital markets, the tax would have little impact on stock prices from any taxpayers who do sell stock to fund their taxes. The JCT estimated that billionaires would have to pay $557 billion in total over 10 years, which works out to 3652 days. Every day, about $250 billion worth of stock trades on the US stock market (NASDAQ and NYSE). So the extra transactions needed to pay the billionaire tax would correspond to .0061% ((557/250)/3652) of existing transactions over this 10 year period, a drop in the bucket that cannot durably depress stock prices.”

Further, the letter clarifies why “the proposed Billionaires Income Tax is constitutional. The Sixteenth Amendment explicitly authorizes taxes on income ‘from whatever source derived’; the Billionaires Income Tax is just a tax on income, and Congress has broad power to decide when and how to measure a taxpayer’s income.” It goes on to explain that “income” was undefined in the Constitution but that under its generally accepted definition of income as “anything that increases the net worth of an individual, including appreciation in asset values,” the unrealized capital gains which the BIT would tax are considered income. However, the letter adds, “even if unrealized gains were held to not be ‘income,’ the Billionaires Income Tax would still be valid as an excise tax.”

The letter comes on the heels of a recent report by ProPublica that underscores the way the current tax system allows the ultra rich to pay little to nothing in taxes on their vast fortunes. The report cites among others Donald Trump and Miami Dolphins owner Stephen Ross, who for years managed to avoid paying no federal income tax, despite reporting huge earnings. The Billionaires Income Tax addresses this inequity in the system and ensures the richest contribute more of their fair share.

The Billionaires Income Tax is also exceptionally popular, increasing support up to 40% for the Build Back Better plan’s investments among voters in battleground congressional districts.

The economists, law professors and academics stress that, “the Billionaires Income Tax is constitutional and would not impose excess administrative or compliance burdens or harm capital markets. Although no tax reform is perfect, our assessment is that the Billionaires Income Tax would substantially improve our nation’s tax system by ending the major opportunities for billionaires to currently escape the income tax. We strongly support this proposed reform.” 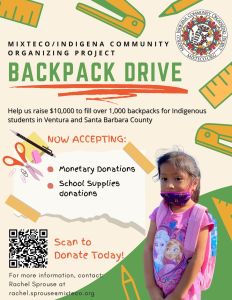 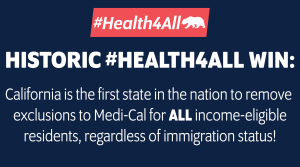