Action  – No more messing around.

Minimal script:  I’m calling from [zip code] and I want Rep./Sen. [___] to pass the Green New Deal, and ask Pelosi to reconfigure the Climate Crisis Committee to be able to issue subpoenas and draft legislation.

Background – What is the Green New Deal, anyway?

Here are the original three core principles of the GND. (For the longer, more detailed description, go here.) The discussion is on-going.

(condensed from this great Vox article)

How are we going to pay for it?

How are we going to win over the public? 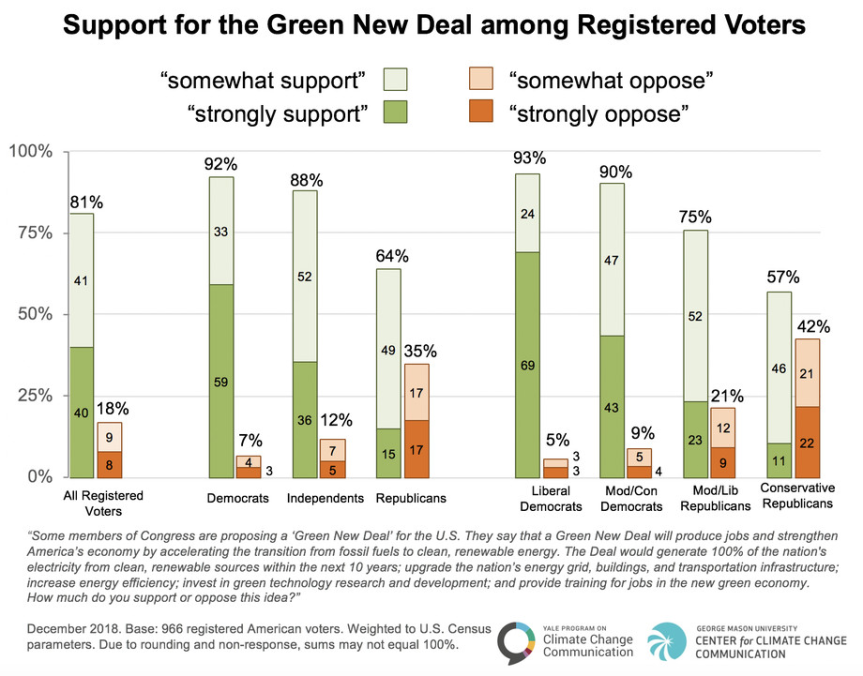 How are we going to win over our Democratic leaders? 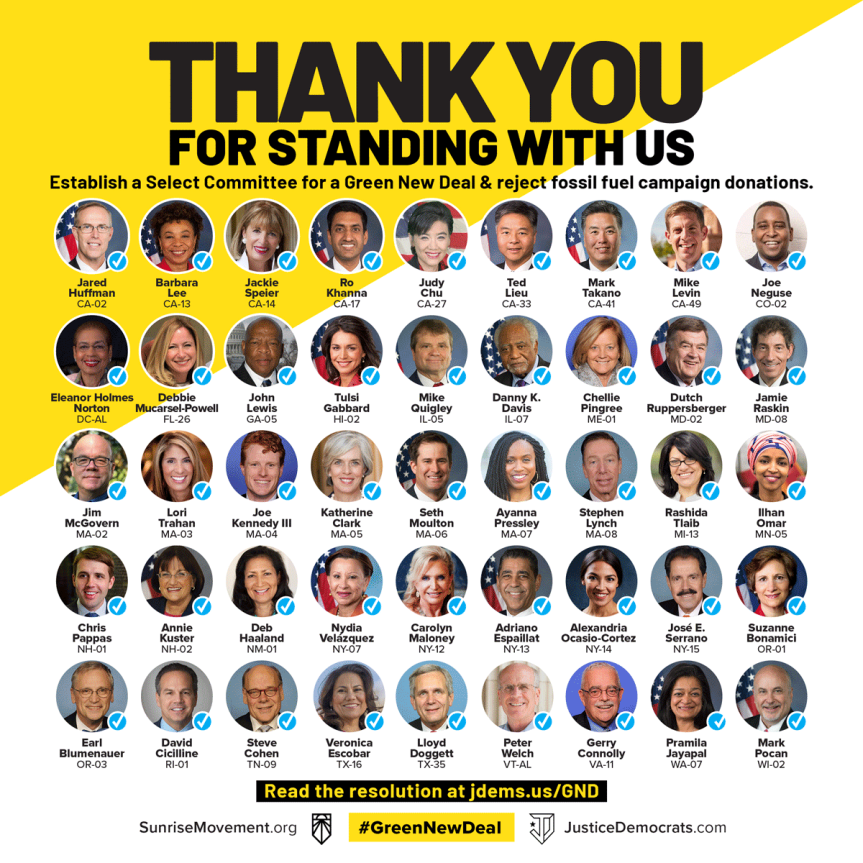 What has happened already?

Activists, led by New York Rep. Alexandria Ocasio-Cortez suffered an apparent setback in their first Capitol Hill goal—a demand that Speaker Pelosi establish a Select Committee on a Green New Deal tasked with coming up with a climate-and-jobs legislative proposal by the start of 2020.

Instead, Nancy Pelosi chose to reconstitute her former House Select Committee on Energy Independence and Global Warming, which had been axed under GOP rule. The newly-retitled Select Committee on the Climate Crisis has no specific mandate or subpoena powers, only being able to make recommendations for standing committees to adopt, much less ambitious than AOC had wanted. Rep. Kathy Castor of Florida, described as a “clean energy champion with a background as an environmental lawyer” who just reintroduced her Florida Coastal Protection Act, will be the chair of a committee formed of nine Democrats and six extremely miffed Republicans.

Although Rep. Castor will no longer personally accept fossil fuel industry contributions, she has stated that she won’t require the same of her committee members, although they  “should be ready to stand up to corporate special interests and fight to reduce carbon pollution.”

She has not signed on to the GND. And neither has Rep. Frank Pallone (D-N.J.), the chair of the House Energy and Commerce Committee, which does have the power to subpoena and depose, as well as the authority to vote on legislation and send it directly to the House floor for a vote. AOC = not pleased.

We don’t have time to sit on our hands as our planet burns.

For young people, climate change is bigger than election or re-election. It’s life or death.

Loading a climate committee w/ fossil fuel💰 is akin to letting foxes in the henhouse.

We shouldn’t be afraid to lead. https://t.co/JhqV2s2EVB

Pallone stated that the Energy and Commerce committee will put climate before other major issues within their broad jurisdiction. He disagreed with other Democrats on the necessity of Pelosi’s resurrection of the select panel on climate change, stating that it would just add bureaucracy and that his committee was best positioned to craft bold bills.

Climate protestors organized by the Sunshine Movement stormed Rep. Pallone’s office in November to urge him to support both the GND and commit to refusing donations from the fossil fuel industry. “The ideal of getting towards a carbon-free America is certainly something I agree on,” Pallone told POLITICO after leaving the protests. “How long it takes to do that, how we would get there and the details of the legislation, all that has to be worked out. But the idea is a good one. There’s no disagreement here on the substance.” Pallone has received nearly $100,000 from electric utilities and more than $44,000 from other energy interests, including $30,000 from oil and gas industries. He would not commit to refusing further contributions.

So, two committees, neither headed by a GND signer.

The original video from Greta Thunberg.

The original video from Stewart Brand