Members and supporters of the Jewish community come together for a candlelight vigil, in remembrance of those who died earlier in the day during a shooting at the Tree of Life Synagogue in the Squirrel Hill neighborhood of Pittsburgh, in front of the White House in Washington, DC on October 27, 2018.

Action #1: Go to this tonight. 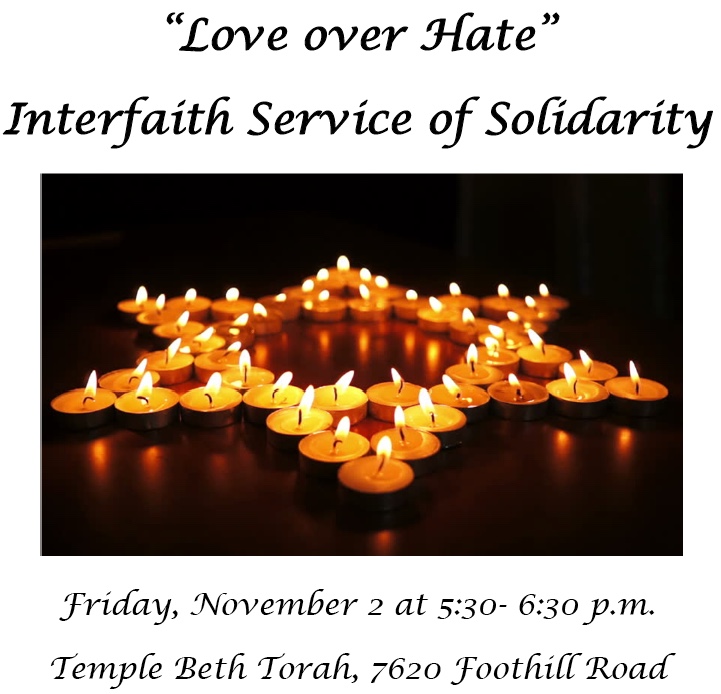 Action #2: Go to this tomorrow night.

Action #3: Write a sympathy note to the Tree of Life Synagogue.

Send a note of sympathy to this congregation at: 5898 Wilkins Ave., Pittsburgh, PA 15217 Consider making a donation here or add to these funds here.

The man who killed eleven people at the Tree of Life Synagogue in Pittsburgh this weekend, claimed he did so because of the organization’s support for HIAS (the Hebrew Immigrant Aid Society) an organization that supports immigrants and refugees in the U.S. and around the world.. Tell the shooter and others who share his white nationalist platform know that we will not be intimidated by donating to HIAS in the memory of these victims.

Action #5: Become informed on how we can fight hate together.