How does a river catch on fire…13 times? Ohio’s Cuyahoga River caught fire because flammable petroleum products were being dumped directly into it, along with contaminated seepage from groundwater. Images like these from 1962 inspired the creation of the Environmental Protection Act (EPA) and the Clean Water Act (CWA).

Hey, remember this guy? Andrew Wheeler, fossil fuel lobbyist, Washington Coal Club VP and putative Administrator of the Environmental Protection Agency (EPA)? An earlier public notice period alerted him to Big Ag and Industry’s annoyance with requirements to get NPDES (National Pollutant Discharge Elimination System) permits. And they didn’t think they should have to for releasing hazardous waste to groundwater systems with direct hydrologic connections to potable surface water. So Andrew issued an INTERPRETATIVE STATEMENT – the EPA and the Clean Water Act (CWA) would no longer protect the public from releases of pollutants from a “point source” to groundwater, regardless of the risks posed by hydrologic connections to potable surface water. If this rule change goes through, it’s another win for big agricultural, industrial and commerical polluters. Significant sources of water pollution, like agricultural storm water discharges and return flow from irrigated agriculture are already excluded the EPA’s charge. Now, this proposed regulatory loophole will allow polluters to avoid CWA liability by encouraging them to dispose of their problem wastes directly into local groundwater supplies, even when they know it flows into navigable, potable water. Already, a fifth of the United States, over 63 million people, have been exposed to potentially unsafe water.

Stop this now! Take 5 minutes to read some facts we’ve gathered, get mad, and write a comment. It doesn’t have to be long or technical. Just original. Comment here. 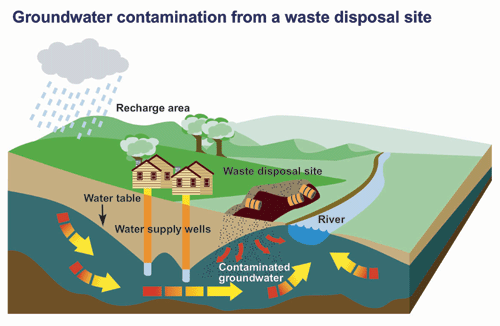