Action #1 – Call your senators and tell them to vote “NO” on Justin Walker and Cory Wilson.

Why worry about judges?: This video came out in Oct. 2019, after Walker’s first successful judicial nomination to a Kentucky District Court. The host makes it clear that those sitting out fighting against his next step, a lifetime appointment on a federal bench, or sitting out voting in the 2020 election because “both the Dems and the GOP are the same,” need to realize that ignoring the GOP takeover of the judicial branch will end up badly for people of color, the LGBTQ community, religious minorities, women’s ability to control their own bodies, public education and anyone who needs clean water or air. Worth the time, even with the commercial breaks.

“McConnell made clear in an interview last week that resuming rapid-fire confirmations of President Donald Trump’s judicial nominees will be the Senate’s top priority when it reconvenes Monday, despite the desperate need for additional relief for frontline workers and the unemployed as the coronavirus pandemic continues to cause mass layoffs across the nation.” (CommonDreams). Justin Walker and Cory Wilson would be dream candidates for far-right extremists in our country…not so good for the rest of us.

Update: The chief judge of the U.S. Court of Appeals for the District of Columbia Circuit has called for an inquiry as to whether McConnell committed ethical improprieties in the creating of a conveniently timed opening on the federal bench for his protégé.

Minimal script: I’m calling from [zip code] and I want Sen. [___] to vote “NO” to Justin Walker and Cory Wilson. They are proven enemies of civil rights, women’s rights, unions, public education, the environment and health care.

More script if you want it: Also, please stop voting for any judicial nominations who are members of the far-right Federalist Society. The extremist views of this group – just 4% of the legal community but more than 80% of Trumps’ nominees, do not reflect those of most Americans.

This video is from an earlier McConnell judicial push.

While we’ve been transfixed in horror as armed men terrorized legislators in Michigan, as decomposing COVID-19 victims were pulled out of unrefrigerated trucks, and as health care workers beg for PPE, Millionaire Mitch McConnell, (senator of the 5th most federally dependent state!), only sees judges – young, unqualified right-wing judges, who will curdle American justice far into the future, no matter who becomes president..

Instead of working to help average Americans physically and economically survive this pandemic, he has ordered his colleagues to return to Washington D.C. to support his “Leave no vacancy behind” campaign to place unqualified hard-right ideologues on the judicial bench. Since Trump has come to power, McConnell has managed to ram through a least four LIFETIME federal judges who were rated “not qualified by the non-partisan American Bar Association (ABA)

Why does the GOP want Justin Walker?

Justin Walker, a  personal friend of Mitch McConnell, is a white, male, highly-partisan member of the far-right extremist Federalist Society, who, at 37, has plenty of years in a life-time seat to create anti-American mischief. McConnell pushed through his nomination for the District Court for Western District of Kentucky, despite his receiving a “not qualified” rating from the American Bar Association and, by his Walker’s own admission, having never “served as sole or chief counsel in any case tried to verdict or judgment.” Only once had this princeling of privilege been either an “associate counsel at a federal criminal jury trial” or “taken an expert deposition.” Sen. Dick Durbin (D-Ill), said during Walker’s first hearings :

Successful only due to the Senate GOP majority for his seat on the Kentucky District Court, Walker wrote a taunting “thank-you” letter to the opponents of his nomination, including the American Bar Association:

“Thank you for serving as an enduring reminder that although my legal principles are prevalent, they have not yet prevailed, and although we are winning we have not won,” Walker said. “And that although we celebrate today, we cannot take for granted tomorrow, or we will lose our courts and our country to critics who call us terrifying and who describe us as deplorable.”

And what are those “legal principles?: Big items on Justin’s resume were relentless cheeleading for SCOTUS Brett Kavanaugh during his nomination period, making over 70 media interviews defending him and vocal opponent of unions, public education and health care. Per the Alliance for Justice (AFJ): “Alliance for Justice opposes the confirmation of Justin Walker to the D.C. Circuit. Justin Walker is only 37 years old and was deemed unqualified to serve as a district court judge by the ABA just five months ago. Walker believes the courts should invalidate the Affordable Care Act and take away health care from millions. He wants to rejuvenate long discarded doctrines to severely limit the federal government’s ability to protect civil rights, workers, consumers, and the environment. And at a time when President Trump has repeatedly acted above the law, Walker’s extreme views of unchecked presidential authority are particularly dangerous.” (Read their full letter here.)

Why does the GOP want Cory Wilson? 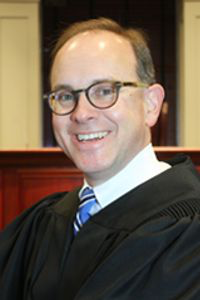 “Cory Wilson cannot be trusted to be a fair judge. He has seemingly never heard a right-wing talking point or conspiracy theory that he hasn’t embraced, and he has shown an obvious personal bias against people who do not share his beliefs. This is evident not only in his opposition to reproductive freedom, LGBTQ equality, and health care for all Mississippians, but also in his brash attacks on anyone aligned with the Democratic Party or liberal ideas. His belief that the Affordable Care Act should be invalidated because it passed on a party-line vote should be disqualifying in and of itself. The people of Mississippi deserve a jurist who will uphold the rule of law — not one who takes his cues from Fox News.”