Action – That Americans will die because at least one of these is true is a tragedy.  Call your legislators. Take away his power to start war.

Minimal script: I’m calling from [zip code]. I understand that although Gen. Soleimani was an enemy of the US, killing the second most powerful man in Iran is equal to Iran assassinating Generals Petraeus and Mattis, the head of Special Operations Command, and the chairman of the Joint Chiefs of Staff. I have a question and a demand. Trump authorized this assassination without Congressional authorization, consultation with the “Gang of 8” or with our allies.

QUESTION: What was Trump’s legal justification for this action and its apparent violation of Executive Order 12,333? What is his justification for violating international law by basing the attack in Iraq without that government’s consent?

DEMAND: Rep. Barbara Lee (D-CA-13) has been fighting against presidents’ unlimited use military force since 2001. It is time for you to join her and stop to this lawlessness with legislation NOW by approving  H.R.1274 – Repeal of the Authorization for Use of Military Force (which repeals Public Law 107-40. –‘Authorization for Use of Military Force’’). (For senators, demand that they introduce legislation matching Rep. Barbara Lee’s H.R.1274. For GOP senators, remind them that impeachment is becoming more urgent, not less.)  (Read about Rep. Lee’s fight here. Her current statement is here.)

(Rep-check here. Call Brownley and Carbajal are NOT cosigners) 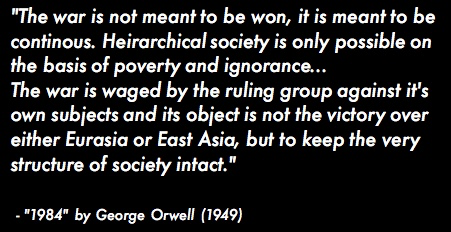 Soleimani was an enemy of the United States. That’s not a question.

The question is this – as reports suggest, did America just assassinate, without any congressional authorization, the second most powerful person in Iran, knowingly setting off a potential massive regional war?

Joe Biden “No American will mourn Qassem Soleimani’s passing. He deserved to be brought to justice for his crimes against American troops and thousands of innocents throughout the region,” Biden began. He then proceeded to warn that “this is a hugely escalatory move in an already dangerous region.” He continued:

The Administration’s statement says that its goal is to deter future attacks by Iran, but this action almost certainly will have the opposite effect. President Trump just tossed a stick of dynamite into a tinderbox, and he owes the American people an explanation of the strategy and plan to keep safe our troops and embassy personnel, our people and our interests, both here at home and abroad, and our partners throughout the region and beyond. I’m not privy to the intelligence and much remains unknown, but Iran will surely respond. We could be on the brink of a major conflict across the Middle East.

Biden said he hoped Trump had thought about “second- and third-order consequences,” but rightly pointed that that “this Administration has not demonstrated at any turn the discipline or long-term vision necessary — and the stakes could not be higher.” Indeed, the stakes could not be higher for Biden and his rivals for the Democratic presidential nomination, who, a month before the Iowa caucuses, now will face renewed scrutiny of their national security views and capabilities. We are reminded that the next president will face the extraordinary task of repairing damage to the United States’ international credibility and resolving the conflicts that Trump has widened.” (Wapo)

Read our full statement regarding the US military's assassination of Qasem Soleimani. We cannot state this enough: Donald Trump is responsible for this crisis. #NoWarWithIran https://t.co/BD7MJIHavw

1. There are unconfirmed reports that Qasem Soleimani commander of Qods Force (Iran's external security agency) has been killed in drone strikes. If true, this will be a major moment in US-Iran relations & Supreme Leader will undoubtedly see this as a major provocation/act of war pic.twitter.com/nLZNbvalsT

Senate Minority Leader @ChuckSchumer: "I'm a member of the Gang of Eight" – bipartisan House/Senate leaders and of Intel Committees — "which is typically briefed in advance of operations of this level of significance.

#Pentagon statement on targeted killing of #suleimani: 1. It mentions that it aimed at “deterring future Iranian attack plans”. This however is very vague. Future is not the same as imminent which is the time based test required under international law. (1)