After the El Paso shootings by a domestic terrorist intent on killing Latinos, Fox’s Tucker Carlson publicly called white supremacy, the cause of most mass shootings in 2018,  both “a hoax” and “conspiracy theory used to divide the country”. He lost almost almost 60% of his ads and was sent away on Fox’s standard “time-out vacation”. This isn’t the first time –  Carlson lost over 70 paid advertisers in December 2018 after his comment that “immigrants make our own country poorer and dirtier“. This time “at least five advertisers — HelloFresh, Nestle, SteinMart, Calm and SoFi — have removed their ads from Tucker Carlson’s show, and many more have quietly distanced themselves. One major Fox News advertiser, Long John Silver’s, was so frustrated that it removed its ads from the network entirely.” However, one big one remains…USAA [United Services Automobile Association] remains.

Ask them to step away. Send an email to their Executive Director of Media & Social  – Laura Powers. Sleeping Giants provides a letter template and all the information you need here. While you’re on their page, sign up to follow Sleeping Giants!

Since before the 2016 election, #GrabYourWallet has been listing companies that had financial relationships with the Trumps.  Since then over 70 companies have been dropped from the list due to people like us reaching out to them. However, recent news of the Trump administration’s continued use of family separation despite a U.S. court order to stop—an action resulting in 900 additional children being separated from their parents – has caused #GrabYourWallet to add donations, fundraising events, and endorsements of high profile Trump supporters.”

Buying the products or services of a company on the #GrabYourWallet list, may put your money in the pocket of someone who will use it to try to reelect, support, and/or celebrate Trump. Check out the list here and start reaching out.
There are names, phone numbers, email and twitter addresses.

Use their minimal script or make your own: “Hi. I’m a customer of [CompanyName]. Unfortunately I can no longer do business with your company because it and/or its leaders have aided in the political efforts/endeavors of the Trump administration. If your company were to publicly commit to not doing so in the 2020 election cycle, I would enthusiastically return as a customer. Please communicate my feedback to management.”

Action #3:  – Your voice as a consumer has power and yes, there’s an app for that…

#Grabyourwallet can’t be everywhere. When you pay for something, a lipstick, a t-shirt, a hotel room or a meal, your money can end up funding a politician, a party or a billionaire industrialist you really don’t want to. Go mid-old school with a website like greenamerica.org’s “Vote with your dollar toolkit”  or explore apps like goodsuniteus.com, and  buypartisan, which can help you make choices when you have them. (disclaimer – we have no financial relationship with anyone listed here)

Buycott allows users to join a wide range of specific campaigns. Choose those that are important to you, like whether or not the paper towels you buy profits the Koch brothers or if your purchase goes into Trump’s pockets or supports companies that refuse to cover contraceptives for their employees. It can help you decipher “The Illusions of Choice” ( full-size version of the picture at the top of this post)  or find the companies committed to helping bees.

Last week a post by a California college student tore thru the internet, calling out a number of restaurants for being Trump supporters. For those who missed it, here is the thread…

The reaction from the restaurant industry was immediate…
“It’s not us, says Corporate Restaurant America, “it was those pesky PAC’s!”

Companies protested that their hands were clean because that they can’t contribute to federal elections directly and that the money was really from PACs (political action committees) of franchise owners and “supporters”. However, what they didn’t clarify was that company-sponsored PACs allow company leaders and “stakeholders” to pool money into special accounts, from which their board then distributes as it chooses. Individual employees and CEOs can also make political donations on their own. Combined, the contributions show where businesses and their employees fall on the political spectrum.

“Tomāto, tomahto” say us consumers! If a company’s name is on the napkins, we’re going to assume that our money is being used with their tacit approval to support roll-backs of worker protections and all the other abuses being perpetrated by this administration, however the money was funneled to the GOP. If they don’t like this back-of-the-envelope analysis, they should stop sponsoring franchisee PACs. We went through the internet list ourselves, and this is what we found…

McDonald’s has more employees than the US Armed Services. What they do matters. Their 2018 PAC contributions were $515k, (42% to Democrats, 57% to Republicans) with the largest amounts, $10K, going to Republican legislators. Both parties’ Congressional and Senatorial Campaign Committees each received exactly $30k apiece, which fits the “board directed scenario” we described above.

2012: McDonald’s was a corporate member until 2012, when negative publicity about ALEC’s activities prompted them, like other restaurant chains, to drop their membership and join the National Restaurant Association instead. However, “the other NRA” is ALEC-adjacent, being itself a member of ALEC and one of the largest anti-worker lobbies in Washington DC. McDonald’s is one of their largest funders, along with Disney, Yum! Brand and Darden Restaurants. The NRA helped push paid sick leave preemption bills (What is a preemption bill?) through ALEC’s Labor and Business Regulation Subcommittee and in July 2013, it boasted that it had successfully lobbied against raises in the minimum wage in 27 of 29 states and blocked paid sick leave legislation in 12 states. It also takes credit for halting any increase in the federal minimum wage for tipped employees, which has remained at $2.13 per hour since 1991. (Current “tipped wages” here, Lowest here:  NJ ($2.13), AR ($2.63), DE ($2.23), MA ($3.75), MI ($3.59), MO ($3.93), RI ($3.89) MD ($4.00), OH ($4.30), DC ($4.45)) Download the FACT SHEET: The Impact of Raising the Subminimum Wage on Restaurant Sales and Employment here.

The NRA’s collusion with Trump’s agenda is clearly described in this report by Restaurants Opportunities Centers United, including the nomination for Labor Secretary (fortunately failed) of NRA member, avowed anti-wage worker and Carl’s Jr. CEO Andy Puzder. The NRA too wants to repeal health care reform, and has remained silent on Trump’s various violations of emoluments and conflicts of interests that might implicate its own members. It has also embraced the Trump Administration’s exclusionary policies attacking women, immigrants, and communities of color, even though the restaurant industry’s workforce is majority women, disproportionately workers of color, and the largest employer of foreign-born workers, including undocumented workers.

2015: Nearly two-hundred restaurant workers and living wage activists convened in D.C. on the National Restaurant Association’s annual lobbying day to call on elected officials and to ask them to stop taking the lobby’s corporate cash. By setting up a pop-up restaurant in front of their public affairs conference, four intersections were blocked, successfully delaying the NRA’s busses of lobbyists from arriving to the Capitol to meet with policymakers.

Saru Jayaraman, co-founder and co-director of Restaurant Opportunities Centers United stated  “It’s unacceptable that McDonald’s, a company known for poverty wages, unsafe working conditions, rampant discrimination and wage theft, is influencing policy at any level. Nearly 1 in 2 restaurant workers — from fast-food to full-service — are forced to rely on public assistance to support themselves and their families, costing taxpayers close to $17 billion every year in what amounts to corporate subsidies for widespread inadequate wages. Yet the industry continues to post record breaking profits while CEOs get paid more in a single day than those who are its backbone — fast-food workers, servers, bussers, bartenders, hosts, dishwashers , cooks — will make in an entire year. Restaurant workers are rightly taking action because their industry is broken; the National Restaurant Association, with McDonald’s as a leading member, has been leading that destruction through their undue corporate influence over our entire political system.”

2017: Thousands of workers flooded Chicago for the March on McDonalds. Protesters demanded a $15 mimimum wage and for McDonalds to stop funding the NRA. The next day, McDonald’s executives faced a fractious shareholder meeting where they were asked to answer to labor advocates and investors regarding what was described as abusive marketing and labor practices.

2019: In March this year, McDonald’s Vice President Genna Gent said that the company would “not use our resources, including lobbyists or staff, to oppose minimum wage increases” at any level, and that it would not “participate in association (NRA) advocacy efforts designed expressly to defeat wage increases.” However, since 90% of their restaurants are owned by franchisees, it will not be corporate McDonald’s absorbing the cost increases. While some worker groups are jubilent over the announcement, others suspect that this might be a publicity stunt to repair their corporate image while continuing to fund NRA’s other anti-labor lobbying efforts. The big “M” stands for “big Money”.  We’re going to find our hamburgers elsewhere. 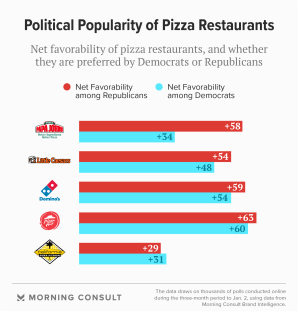 Family, let’s stay out of @WaffleHouse until the corporate office legitimately and seriously commits to 1) discussion on racism, 2) employee training, and 3) other plans to change; and until they start to implement changes. https://t.co/NJWFOBKN7i

Some more information on PAC contributions from Eater.com (2016)

Current: Top Food & Beverage Contributors to Federal Candidates, Parties, and Outside Groups for 2020. Kind of surprised at Coffee Bean and Tea Leaf…