Graphic depiction of the percentage of all food stamp costs (not just workers without children) compared to our entire federal budget.

Tell Trump, Ben Carson, Seema Verma, Mick Mulvaney, Sonny Perdue and all of the other millionaire profiteers in his administration that we are watching them, not the $150 to $192/month in food aid a person needs for basic health.

We asked our legislators to pass the 2018 Farm Bill with the food stamp aid for millions of SNAP/CalFresh recipients intact. They did! But, now the Administration of Millionaires is using the Dept. of Agriculture to use a back door regulation process to impose work requirements on unemployed and underemployed people without dependent children, limiting their food aid benefits to three months.  The proposal takes away states’ ability to waive SNAP’s time limits in areas that don’t have enough jobs and it could potentially disqualify 755,000 beneficiaries. There are a lot of reasons that people can’t get work that satisfies the government’s requirements, but there is one clear result of removing people from a cost-effective food supplement program – increased health care costs in our nation’s clinics and emergency rooms, costs that will dwarf any possible SNAP savings.

So tell the USDA to butt out. There were almost 50,000 comments on the Federal Register website in opposition to the proposed rules on work requirements (original set) (new set) the first time out. Already, another 4,000 new comments have been made on this extension. Let’s get this to 100,000, people!

For the first time, or for the tenth, comment here

Here are some points you can incorporate into your comments. Try to reword them enough to sound like your own.  Identical comments will be lumped together.

I oppose stricter time limits to the Supplemental Nutrition Assistance Program (SNAP) because:

Talking points for beyond SNAP…

Comment: It is important for the food security of our nation that everyone in need should receive assistance from the SNAP program for good nutrition. Good nutrition is a basic requirement for good health outcomes, which is key to a good quality of life at all ages.

Comment: This rule will drive 755,000 poor folks deeper into poverty across the country over the next three years. It’s a cruel and cynical attempt to chip away at our social safety net by defining who is and who isnt suffering in our nation.

Comment: 2/3 of adult SNAP recipients are women who are often working unstable and poorly paid jobs. They likely have no benefits, may only work part time, and may even face discrimination and / or harassment in the workplace. For these reasons I strongly object to the proposed changes in SNAP benefits to low income women.

Comment: I am a Licensed Registered Dietitian. I started my career at a Nutritionist for the WIC Program and I now work in geriatric nutrition as a Clinical Dietitian Nutritionist. I have seen the problems from the cradle to the grave that affect our citizens when there are food insecurities. The SNAP Program saves lives. It is absurd to place any additional requirement beyond financial need for services. Please preserve the SNAP Program.

Comment: I oppose the administration’s new rule making it harder for underemployed and unemployed workers to access food assistance. These time limits do nothing to help people find work and only make it harder for the poorest Americans to afford food. In addition, further documentation requirements are an unnecessary burden on workers who struggle with unpredictable hours or multiple jobs. This proposed rule is not only harsh but is also unnecessary.

Comment: You could greatly reduce support for food stamps and housing if you would just raise the minimum wage to something people can actually live off of AND require that employers provide full health benefits. Wages need to be above the poverty line for this to work.
$15 an hour would be a good start. People should not have to work multiple jobs to support their families. Food insecurity is rampant in our country – do not cut the SNAP program.

Comment: As a recipient of food stamps as a child and later as a public health researcher on household food security and links to various health issues, I know how essential having access to food stamps can be. It can make the difference between someone being able to scrape by until they can find a job or slipping into a cycle of homelessness and poverty. Inadequate access to food can also have long-term physical and mental health impacts. Someone can easily be diligently looking for work for more than 3 months without being hired. Plus, with the increasing amount of unstable contract work, one can experience unemployment multiple times over three years. Thus, eligibility for only 3 months out of 3 years will not even put a bandaid on the problem. In the end, restricting access to food stamps further only hurts our society and economy. Additionally, the very small amount of assistance provided, the difficulty in applying, and the embarrassment of using the assistance itself, makes the concern that people will abuse the system minuscule. I sincerely hope you will reconsider this proposed amendment of the Food and Nutrition Act.

Comment: The community in which I live lost nearly ALL of its well-paying jobs over the past 30 years. We once had a county populations of 30,000. Our city populations was 15,000. We now are at 9,000. None of the jobs have returned, and Trump’s bluster about the return of jobs and everyone doing so well, is not happening here nor in surrounding communities. Our community is populated with many undereducated, underemployed, and disabled people. They depend upon food stamps. Our few groceries stores also depend upon the food stamps.

The notion there is huge fraud within the food stamp program is simply untrue. At last analysis, the fraud was approximately 1.5%, which is nearly nothing compared with other fraud. Cutting food stamps is only to satisfy Trump’s base and is going to hurt those that need it most.

My community nearly unanimously for Trump. They believed everything he said, and didn’t want to hear what was really going to happen. Now, they will lose their food stamps. DO NOT CUT THE FOOD STAMP PROGRAM.

Comment: Congress should focus on the real issues at hand here: creating more well-paying jobs throughout America so that people will be able to afford their own food. This is just another entry in the GOP’s war against poor people in this country and will not be effective in creating healthier, safer communities, or ultimately even saving taxpayer dollars, considering that true investment in communities would do the most to ensure people have the means to purchase their own food.

This is also particularly problematic for people with criminal records, who already face steep employment barriers. Congress should focus on providing opportunities for people who have served their time to meaningfully enter the workforce and be reintegrated back into society.

This is cruel and reprehensible. Plain and simple.

Comment: I support policies committed to the integral development of individuals. Food remains a fundamental human right and basic need to sustain life. I also support the dignity of work and the role that decent work has in supporting families and communities. However, the proposed rule:

Background – The GOP War on the Poor

So why are we having to write comments to keep the administration from taking benefits from the poor that legislators already approved?

Well, first off, Trump is a terrible loser, and is apparently willing to cheat to feed the anti-poverty prejudices of his base with this regulation backdoor. But the GOP has a long history of letting corporations and the wealthy run wild, while distracting us with apocryphal stories of the undeserving poor, buying steak and lobster with their food stamps. The GOP’s political identity is based on the concept that more government is always bad, so they oppose programs that help the poor partly out of a general hostility toward “takers,” but also because they hate the idea of government helping anyone.

It was President Reagan who bequeathed us “Government is not a solution to our problem. Government is the problem”, still being used now, as it was during the deregulation and resultant widespread corruption under his watch. Using a racist dog-whistle of a Cadillac-driving “welfare queen” as cover, he rolled back welfare benefits, public housing and rent subsidies, while slashing funds for domestic programs that assisted working-class Americans and protected consumers and the environment. His policies were disastrous for urban areas and resulted in soaring homeless populations, while setting the stage for the later S&L debacle where speculators walked off with $130 billion of America’s wealth.

Reagan’s poisonous legacy of hostility toward the poor and corruption survives intact in the Trump administration.

The GOP campaign to focus our hostility downwards towards the poorest among us has been successful. According to polls, the general public believes that at least 20-30% of our country’s budget is frittered away in food stamps, a program that Republicans consistently depict as wasteful and inefficient. The true percentage of our budget used for SNAP is 1.5% and it is considered well managed. One recent census study found that about one-quarter of poor people were in poverty only briefly – the result of a job loss or other crisis. About 1 in 7 were chronically poor, spending much of their lives impoverished. In between are many who churn in and out of poverty.

Meanwhile, we have a president who openly disparages poor people and brags about being smart for not paying taxes. And he made life better for his billionaire friends, with tax cuts and decreasing the inheritance tax on the wealthiest families.  But it was already really good. Of 258 profitable Fortune 500 companies studied during 2008-2015: 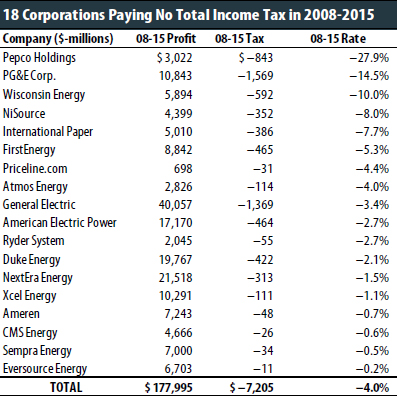 And now the GOP millionaires are coming for the $150 to $192 a month in benefits SNAP participants between the ages of 18 and 59 get, if they can prove they are working least 20 hours a week or participating in an equivalent job training program. Money that can be the key to their continued health, or even their life.

In case anyone asks you to explain what “toxic capitalism” is, this SNAP fight is a great example.

Write as many comments as you can! Thanks!

Probably canceled due to Covid concerns. See you (hopefully) soon, but please check back for verification – Free IMMIGRATION LEGAL AID Fair – Volunteers Needed! Every last Sunday of the month we assist residents, alongside immigration lawyers, in filling out paperwork for citizenship, DACA (click here for up-to-date DACA info) and green card renewals. Can’t make it? Help fund this event