I am [a resident of Camarillo, CA][a concerned resident of city/county] I’m writing to support that the Camarillo City Council (CCC):

The murder of George Floyd has awakened Americans to the insidious ways in which systemic and institutionalized racism affects everything from home ownership and employment to health outcomes and police violence across America. Protesters have come out by the thousands in Camarillo and throughout Ventura County to advocate for change. As elected officials, you have the power to make real change in our community.

I ask that the Camarillo City Council (CCC) review the Ventura County Sheriff’s contract with the city immediately.  It is the job of the city council to oversee city spending and efficiency. This is particularly important now, during a global pandemic that is devastating our economy. For the last several years, approximately half the budget for the City of Camarillo was spent on the policing. This contract must have the same thorough review that the CCC puts into much less costly service contracts.

I ask that Camarillo leadership take a stand in support of equal rights. Black lives matter. This statement is valid in its own right. Other local cities, including Ventura and Oxnard, have made such proclamations. The realities of racism in our communities have been laid bare. To remain silent on this matter is to implicitly support the framework of white supremacy that is interwoven throughout the institutions of America. Do not equivocate or dilute the message (Black lives matter). State it plainly and resolutely.

Lastly, I ask that the CCC condemn the racist statements made by Charlotte Craven in her misleading and inflammatory letter to Citizens Journal. Not only did Ms. Craven intentionally mischaracterize the content of the most recent CCC meeting discussions to create undue outrage, she also used an offensive, racist term to refer to an unspecified low-income area of Camarillo and its residents. The council should condemn her racist rhetoric.

This is a time for leadership and action. The question is: Will this council rise to the occasion or will you do nothing and be complicit in supporting the continued institutionalized and systemic racism that devalues and destroys the lives of your constituents?

Thank you for your time and efforts to improve our city, 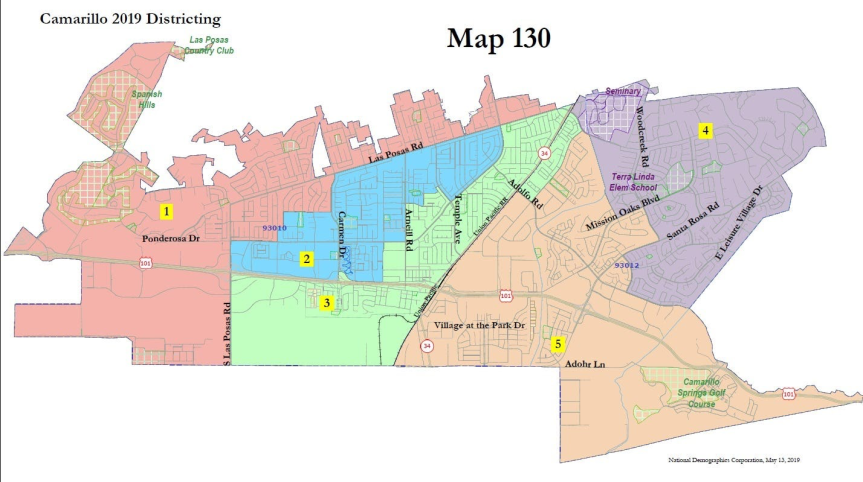